Bus, Tram and Metro in Rotterdam

To travel around Rotterdam you’ll need an ov-chipcard.

The bus network in Rotterdam is well-connected, so definitely a convenient way to travel. The city center, the outskirts and surrounding towns can be reached by bus. There are three different bus organisations operating in Rotterdam:

The buses in Rotterdam run from 05.30 until 00.30. On weekends and public holidays, buses often travel according to another schedule.

It’s easy to travel with the metro in Rotterdam, there is a good network and almost everything in the city can be reached. In addition, it’s also fast, safe and comfortable. At most stations a metro leaves every 4 minutes. Next to traveling in the center of Rotterdam, it is also easy to get to the outskirts by metro, such as Capelle aan den IJssel, Hoogvliet, Poortugaal, Rhoon, Schiedam and more. You can even travel to The Hague with the metro line E, also known as the Randstalrail.

Line A: Schiedam Centrum and Binnenhof

Line B: Schiedam Centrum and Nesselande

After you used the metro in Rotterdam for a while you even get to know each line. On each platform it’s clearly shown which line you are on and to which end station it’s heading on a digital screen, plus how many minutes it takes before it arrives. In each metro you can also find the map of all the lines.

The most central stations in Rotterdam are Beurs, Blaak and Rotterdam Centraal. From these stations you are right in the middle of the city and you can easily get other means of transport such as the bus, train or tram.

The metro in Rotterdam runs from 05.30 until 00.30. On weekends and public holidays, metro’s often travel according to another schedule. On Friday- and Saturday nights the metro runs longer than the rest of the week; at the most central stations, it runs until about 1:30 AM. Keep in mind that the weekend metro does not travel to all stations and often runs according to a different schedule. The same goes for the metro during the holidays. Therefore always plan your trip well in advance via the trip planner or 9292. 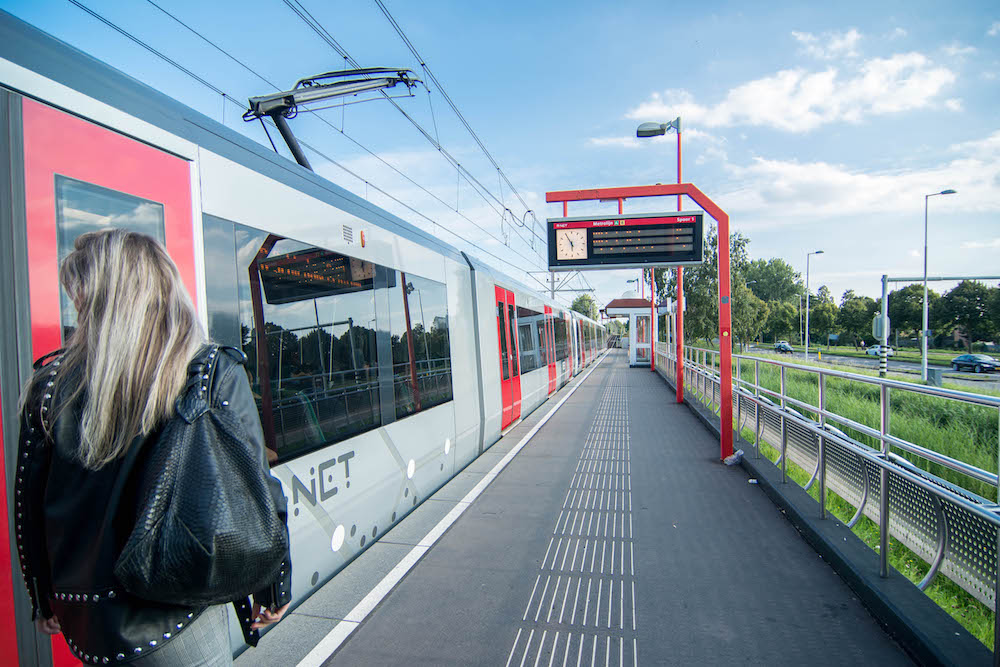 The tram network in Rotterdam is also well-connected and an easy and fast way to travel around Rotterdam. The city center, outskirts and surrounding towns can be reached by tram.

All the tram lines come together at Rotterdam Central Station. Tramlines 4, 7, 8, 20, 21, 23, 24 and 25 drive through the center of Rotterdam, but there are more tram lines that go to the suburbs and outskirts of Rotterdam.

If you’re looking for a way to combine a tram ride with all the highlights of Rotterdam, go on a tour with the historic tramline 10!

Ask the local: Miranda about Grotekerkplein

How to use the ov-chipcard in Rotterdam

Everything you need to know about coffeeshops in Rotterdam

Tips for cycling in Rotterdam