5 Reasons why Rotterdam is a must visit

“Rotterdam is my favourite city!” I say. A statement that may sound rather outlandish given that the city is a mere 325km square metres with a population of just over 600,000. It’s a vast difference to my hometown, London, as well as my other top tier cities like New Orleans or Seoul. But Rotterdam, my sweet sweet Rotterdam is incredibly unassuming, and it is this modesty that makes it so damn appealing.

To the untrained eye, Rotterdam is suffering from the ‘second-city’ syndrome, attempting to play catch up with the capital. But those who have visited will know that Rotterdam is the cooler, hipper and younger sibling to its older brother, Amsterdam. Its city centre is explicitly called the ‘Cool District’, and it is no coincidence that the 2016 MTV Europe Music Awards were hosted in Rotterdam, nor that the 2020 Eurovision Song Contest will take place there too. It is only a matter of time before Rotterdam is the new hotspot in The Netherlands. Below are five genuine reasons to pay it a visit.

1. Rotterdam is a very multicultural city

Diversity is a characteristic of most cities. But Rotterdam is a ‘super-diverse’ city, welcoming a mixture of cultures from across Central Europe, the Caribbean, the Middle East and beyond. Without going into too much detail, experts usually put this down to the Rotterdam being a ‘port-city’, its colonial history, the expansion in EU laws and (might I add) its home of the Erasmus University.

There is a wealth of Surinamese, Turkish, Moroccan, Cape Verdean and Polish citizens and diasporas across Rotterdam. This super diversity equates to a city that has a range of neighbourhoods, cuisines and cultural events. A local favourite is Warung Mini on Witte de Withstraat for Surinamese dishes. I also enjoyed tasty Thai food at Soi3 on the West Kruiskade and the food choices around Pannekoekstraat.

It is worth a visit to the Museum of Rotterdam to get a broader picture of both the city’s migration and maritime history, alongside Hotel New York and aboard the SS Rotterdam. Cultural activities include the annual NN North Sea Jazz Festival welcoming international jazz, funk and soul artists over three days in the summer. The Zomercarnaval (summer carnival) celebrates Caribbean culture and multiculturalism throughout the city with parades, drum battles and parties all weekend. For something a bit more patriotic, Dutch culture can be explored on King’s Day in April.

Rotterdam is aesthetically pleasing. It is not a city dominated by skyscrapers, nor does it have a particularly impressive skyline, but it has its merits of equal measure. A quick Google search into Rotterdam will tell you that the city was heavily bombed during the Second World War and has since been rebuilt with a modern and post-modern architectural flair.

Notable buildings include: Market Hall, the Cube Houses and the old harbour, the Yellow Bridge, Pauluskerk Church, the Erasmus Bridge and of course Rotterdam Central Station. Walking around the city is like walking through a museum. Even those that aren’t architecture buffs will appreciate the city’s Instagrammable buildings. I’d recommend booking a free walking tour to see some of the main sites and to get your bearings.

Fun Fact: You can pay to have your name carved onto one of the wooden planks on the yellow bridge for a small donation.

Street art in Rotterdam is also a must-see. It’s less so the edgy, grungy, rebellious graffiti, but rather tasteful, thoughtful and commissioned murals. On any given corner you may find a bold, bright or quirky image depicting a hidden message, as art tends to do. Some are interactive, such as climbing the wall on Witte de Withstraat, or mounting the bicycles by Calvin Sprague on Delftsestraat. You can even go on a self-guided street art tour to uncover some of the city’s more inconspicuous pieces.

3. There are fun parties in Rotterdam

One of the greatest nights of my life was in a club in Rotterdam for my birthday during my first ever visit to the city in July. Over three nights, my friends and I experienced the diversity of Rotterdam’s bar and club scene across the Cool District and Stadhuisplein.

A night out or bar crawl on Witte de Withstraat is a must-do! It is long road full of bars such as Spikizi, De Witte Aap or Wunderbar, as well as restaurants, boutiques, street art, clubs and even some accommodation options too- don’t worry though, you’ll get earplugs at check in if you decide to stay on this street.

The presence of the university also means that there are club nights every day of the week catering to all tastes. 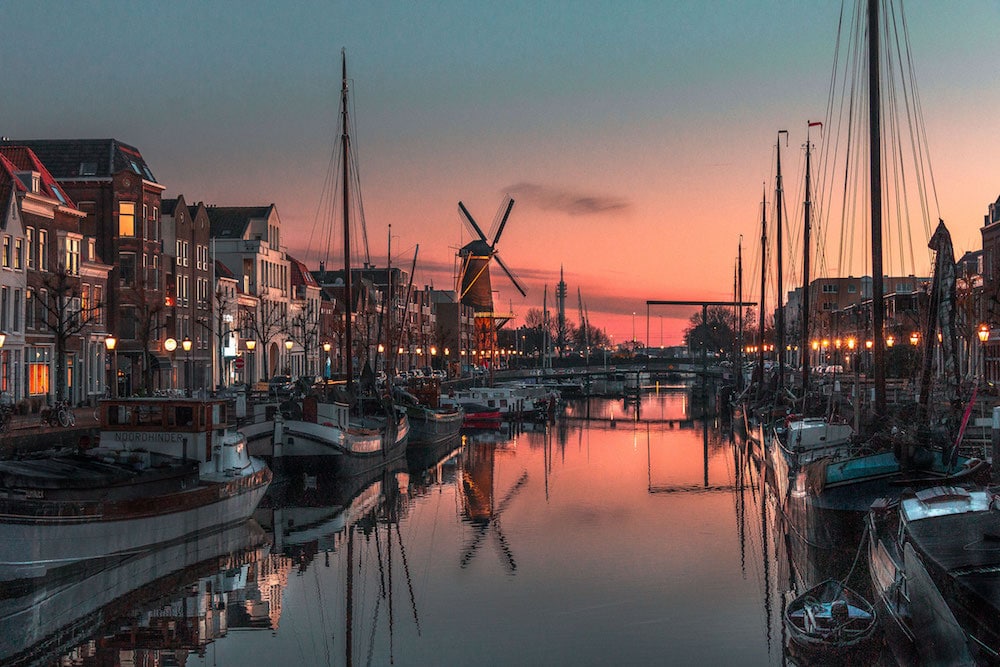 4. Fun outings in and around the city

If the above still aren’t enough to convince you, Rotterdam is home to many art museums – one of which features the original Sylvette sculpture by Pablo Picasso, as well as a botanical garden and a zoo. It is a water taxi ride away from the UNESCO World Heritage Site, Kinderdijk, a bike ride away from Delfshaven, often dubbed as the ‘old Rotterdam’ and a short train ride from the European hub for international diplomacy, The Hague.

Whilst you’re on that bike, I recommend a ride through the lovely Het Park before embarking on a cycle across the iconic Erasmus Bridge – pause for a quick photo for Instagram – and then continue on to Katendrecht for the Fenix Food Factory and the SS Rotterdam. Further along you’ll find the Feyenoord Stadium for football fans, as well as the Rotterdam Ahoy! venue for the Jazz Festival I was telling you about earlier.

5. Rotterdam is a very affordable city

This point is pretty self-explanatory. Rotterdam doesn’t come with the heavy price tag like many other popular European destinations such as London, Paris, Amsterdam or Rome. Hotels are very affordable all year round, as is public transport and restaurants. There are a lot of weekend markets selling a range of items from local produce to children’s clothes. And many of the museums offer joint entry into other museums on the same day. It is an easy trip to do on a budget and prices are kept low because of the student population.

Rotterdam is ideal for a short weekend break, or you can even make a week out of it. However long you decide to stay, I’m sure you’re going to love it as much as I do. 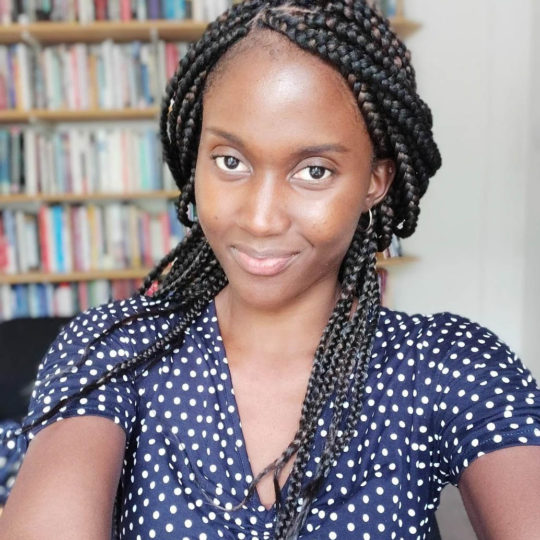 Azaria visited Rotterdam for the first time in 2014 and has fallen in love with the city ever since. She frequently holidays to Rotterdam trying out new hotels, eateries, bars and cultural events. Aside from her love for all things RTM, Azaria is a Communications Officer at the LSE University in London.
More about Azaria

Time to party: most thrilling club events in Rotterdam

Cosy spots for a Christmas drink in Rotterdam 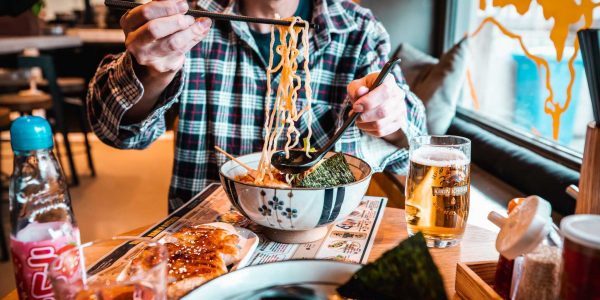 20 Best places to drink a cocktail in Rotterdam 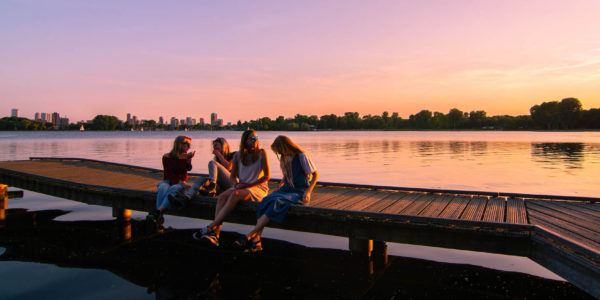 Budget proof: 22 Free Things to do in Rotterdam