5x Interesting Rotterdam artists to keep an eye on

The fact that Rotterdam breathes art and culture is not unknown to many residents of this creative city. You can’t turn a street corner without spotting a wall art or wall poem. A new generation of creators has emerged and we are excited to share the work of the top 5 most interesting Rotterdam artists to keep an eye on.

Whether it concerns a painting, an illustration, sculpture or window drawing, you will never miss out in Rotterdam. There are artists walking around with talent that blows you away. 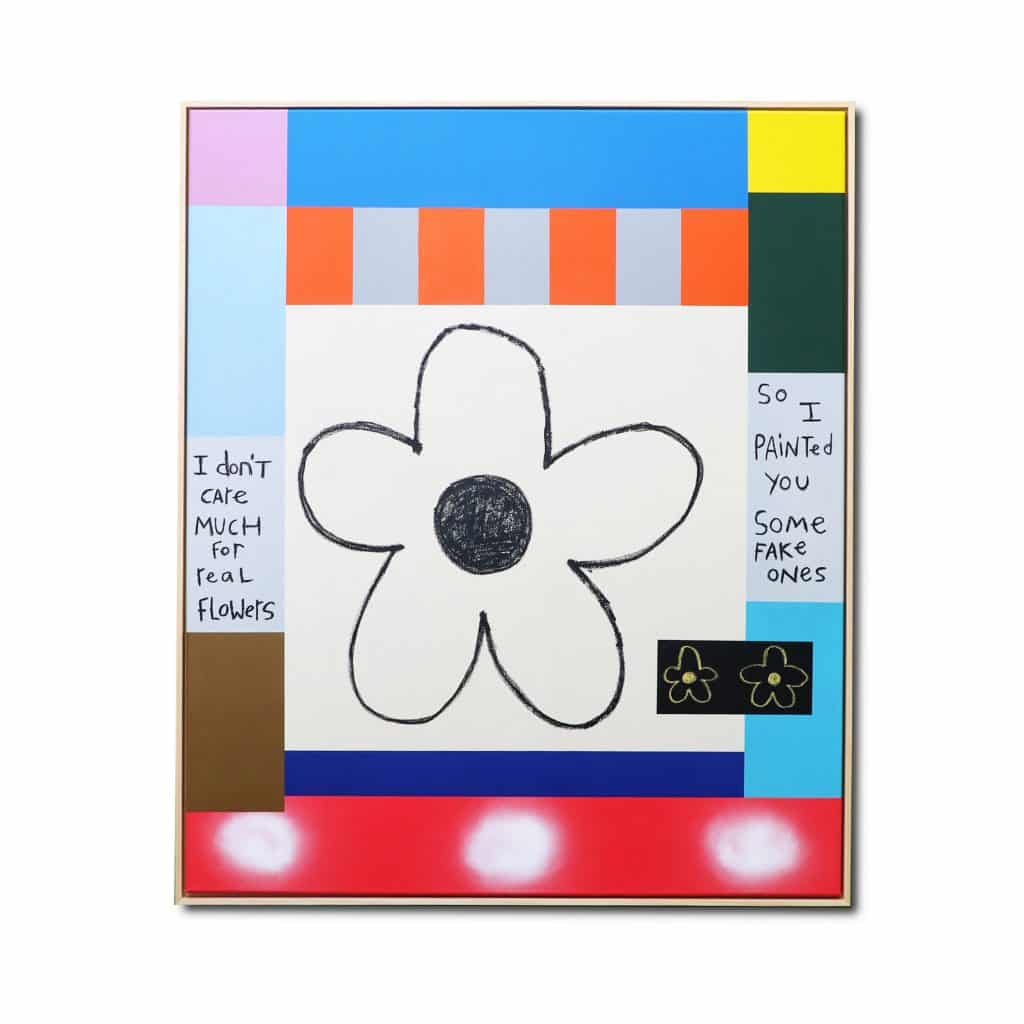 Jelmer’s work speaks to every child in the human being, including the adults. His cheerful colour combinations, cheeky shapes and patterns and almost obsessive use of flowers seem childish at first sight, but nothing could be further from the truth. The playful youthfulness in his paintings and sculptures is catchy on an emotional level. 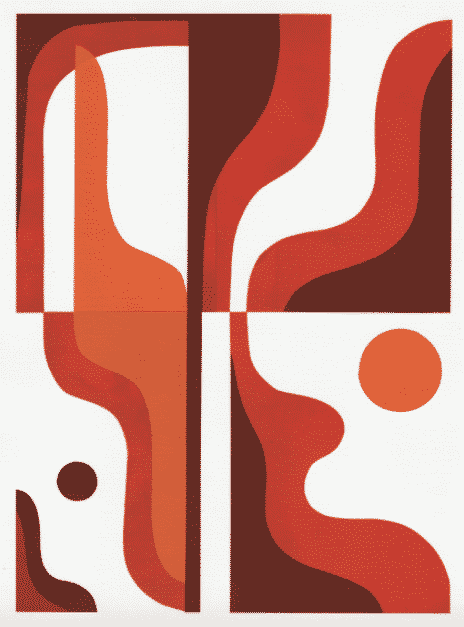 This born and raised Rotterdammer works from home, where he experiments with an abstract and minimalist style that is anything but boring. His work has a certain class that belongs in a stylish living room, chic restaurant and museum. The paintings, drawings and designs for posters, flyers and album covers, for example, often consist of sober shades paired with retro yellow and orange. 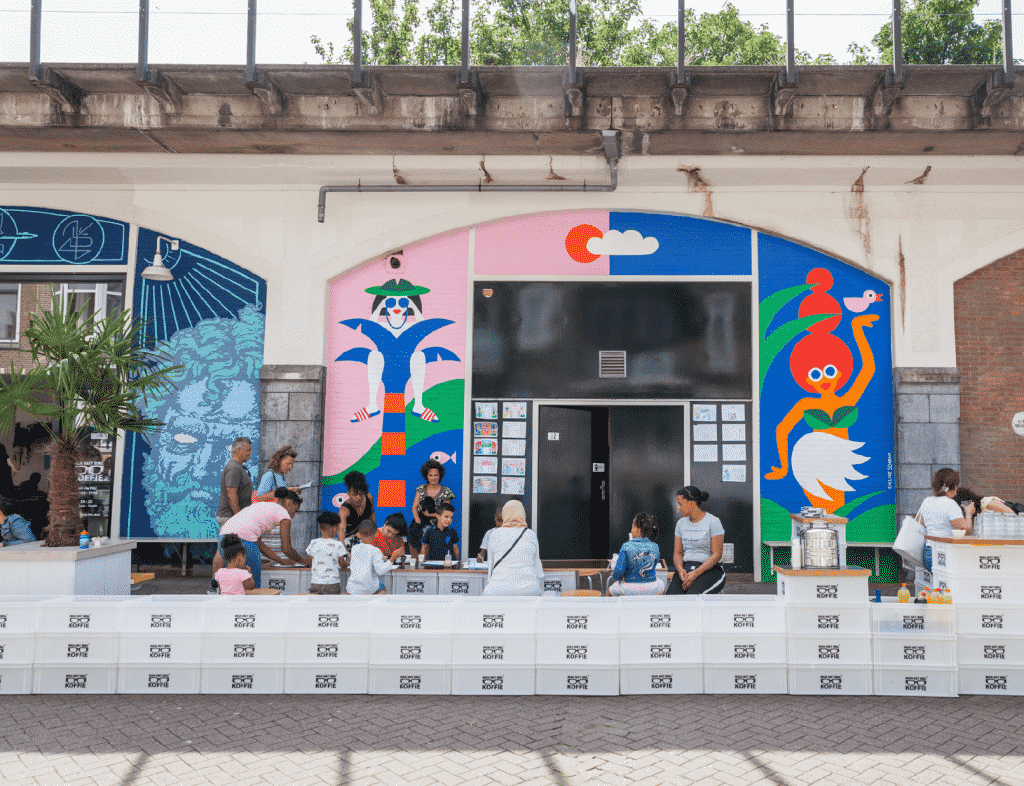 Eveline’s (wall) paintings show off throughout the entire city. Anyone who has their eyes open during a bicycle tour will undoubtedly encounter her rainbow-coloured art.

Her colour-blocking female, male and even animal figures can be found on the facade of Man Met Bril Koffie in Rotterdam Noord, on posters of the Municipality of Rotterdam and on the covers of magazines and books. This makes her without a doubt one of the top 5 interesting Rotterdam artists to keep an eye on. 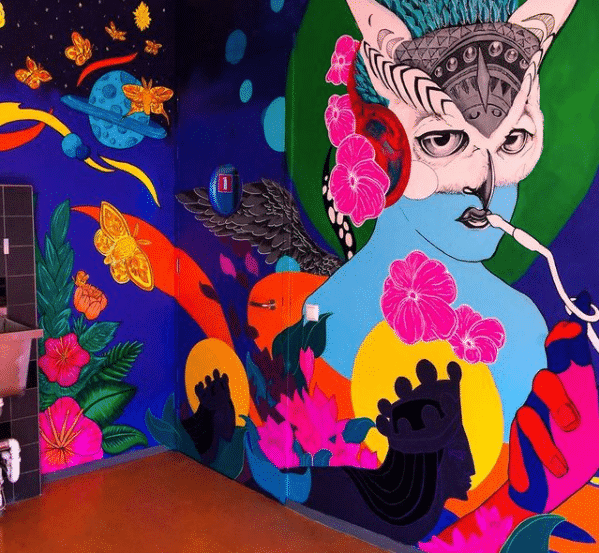 Naomi’s wall and window paintings scream for attention. Her surreal and at the same time realistic style is vibrant and unmissable. She uses bright, contrasting colours, with which she combines animals, people and nature into a fairytale.

Her talents are not only noticed in Rotterdam, Naomi is asked throughout the Netherlands to paint walls and windows. She was also included in an item about entrepreneurs in Viva. 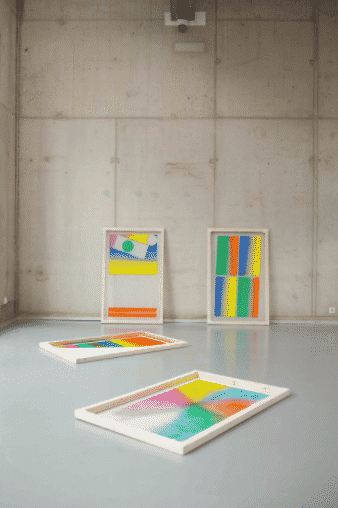 The last artist, but certainly not the least in the top 5 interesting Rotterdam artists to keep an eye on, is Nazif Lopulissa, also known as Nas Bami. He was born in Tiel, but lives and works in Rotterdam.

He has a pretty impressive international resume under his paint-smeared belt. Think of names such as Museum Boijmans van Beuningen, Kunsthal Rotterdam, but also Tate Modern in London and Neurotitan in Berlin.

Nas plays with 3D shapes, pastel and bright colours and has a semi-graphic style.

Art is for everyone, as these young Rotterdam rascals with tons of talent in their blood prove. For those who are thinking of acquiring a work of art, consider purchasing a lovingly made gem by one of these top 5 most interesting Rotterdam artists.

Kim likes to promote art, culture, literature, sports and the culinary world. She does this through her platform deFINERTHINGSclub.com, for which she writes inspiring articles and on which she shares interviews with talented people. She also works as a freelance writer and can be found outside a lot. For example at an exhibition, in a nice restaurant or in a skate park.
More about Kim

Stay in style in luxury hotels in Rotterdam 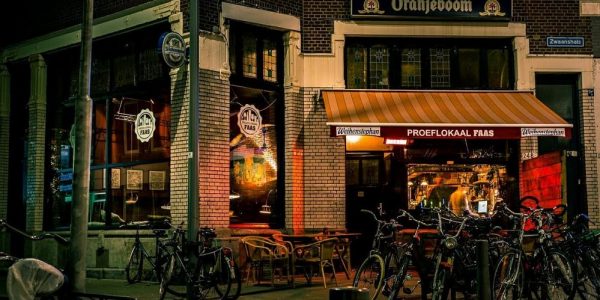